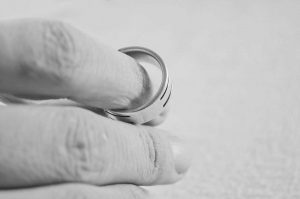 Legal Aspects of Divorce in Massachusetts

Fault and No-Fault Divorce in Massachusetts

Divorce is the legal termination of a marital union by a court in a legal proceeding. All divorce involves a party’s petition or complaint for divorce. Laws guiding the process of divorce vary from state to state. Historically, a party had to prove the other party was at fault for a divorce to be granted. It was required to show evidence of fault; such as adultery, desertion, or substance abuse. Starting in the mid-1970s, states began moving to a no-fault standard. With a no-fault divorce there is no need to prove one party caused the breakdown, only the need to show the marriage was indeed broken. Massachusetts law allows both fault and no-fault divorces; however, fault is rarely used. It makes the divorce more complex and difficult while not incurring any benefits on the “faulted” party. The grounds for a no-fault divorce in Massachusetts are irretrievable breakdown of a marriage.

Requirements to File for Divorce in Massachusetts

In filing for divorce in Massachusetts, one of the parties must have lived in the state for at least one year last preceding commencement of the divorce case. The divorce must be filed in the Probate Court of the county where they resided. The time it will take to complete the divorce varies according to the circumstances, as complicated cases can go on for years. The soonest, and most cost-effective way a divorce can be finalized is when both parties file a joint petition and are in agreement on the terms of the divorce. They still need to attend a hearing in front of the judge. Thirty days after that hearing, a 90-day waiting period called the Nisi Period begins. At the end of the Nisi Period the divorce becomes final. The reason for the Nisi period is to allow couples one last chance to reconcile.

In addition to dissolving the marriage, a divorce entails the separation of property and potential alimony. If the couple has minor children, legal custody, physical custody, parenting time and child support must also be addressed.

Division of property is a key issue. Massachusetts law, generally, gives greater consideration to property that was acquired during the marriage. Property acquired before the union, “separate property,” is generally not subject to division; but this can be modified depending on how long the couple has been married. If the parties can agree on how the property is to be divided, their property settlement agreement can be included in the final divorce decree. If they cannot agree, the judge will determine the division based on the principle of equitable division. Equitable division is what the court considers to be fair, it does not mean equal. Some factors that help the judge determine what is fair are the length of the marriage, amount and sources of income, the parties’ age, health and vocational skills. Typically, the misconduct of a spouse is not considered unless that misconduct wastes marital assets, such as gambling, spending large amounts on illicit substances or supporting a paramour.

Alimony, also called spousal support, is a court-mandated allowance made to a former spouse. In the initial complaint for divorce, a party can request alimony. In Massachusetts, there are four types of alimony: general term, rehabilitative, reimbursement and transitional. General term alimony is what is paid to a financially dependent spouse. Rehabilitative alimony allows the receiver to acquire skills or education to increase earning power. Reimbursement alimony is for marriages of fewer than five years and meant to repay a spouse. The length of time that alimony is required to be paid is dependent on the length of the marriage. Alimony can end early if either party dies, if the receiver remarries or cohabitates, or if the payor reaches full retirement age. Also, at any point, either party can request a modification of the alimony based on changed circumstances. The change must be significant, such as the loss of a job or extreme change in income. Like, property division, the parties can come to an agreement about the alimony rather than leaving it up to the court.

Divorces normally cause turmoil and children of the marriage often suffer the most. The separation between parents can leave lasting effects on a child’s emotional and psychological health. If there are minor children of the marriage, both parents must attend a Parent Education Class. The class must be one that is approved in Massachusetts. A list of eligible parent education programs can be found on the website Mass.gov.

The courts follow child support guidelines to determine how much money needs to be paid for the benefit of the children. Any departure from the guidelines must be justified and in the best interest of the child.

The main issues of contention regarding children are custody and parenting time. Physical custody refers to where a child resides and it can be with either or both of the parents. Parenting time is the time the child spends with the non-custodial parent. Legal custody is the authority to make decisions affecting the child’s welfare; such as choices that influence the child’s emotional and moral development–decisions about education and health care. The parent must have the capacity to make rational and healthy decisions. Legal custody can be held jointly. If the parents cannot come to a reasonable agreement, the court will determine custody and parenting time.

If you have more questions for divorce lawyer Frank Grimaldi, please find go to our page Divorce – Frequently Asked Questions.

Further Information on Divorce in Massachusetts