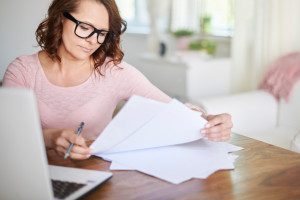 What is separate support? Legal separation? Divorce? Know your rights.

Separate Support is a body of laws that can result in a legally enforceable court order requiring one spouse to support another. It is not some kind of mini-divorce: you are still married. Some states might call it “legal separation,” but there is no such marital status in Massachusetts. These laws come from the common law duty of a husband to support his wife and children but today it’s gender-neutral.

Under Massachusetts law “If a spouse fails, without justifiable cause, to provide suitable support of the other spouse, or deserts the other spouse, or if a married person has justifiable cause for living apart from his spouse, whether or not the married person is actually living apart…” the probate court may order separate support. You can receive separate support even if you are still living together.  A judge can also order a division of real estate and can prohibit a spouse from imposing restraint upon the personal liberty of the other.

When making the order, the court considers many factors including, but not limited to, income and expenses of the spouses, number and ages of any children and other responsibilities of the paying spouse such as support of other children from a previous marriage or wedlock.  Also, Probate Court judges are very concerned about maintaining family health insurance.