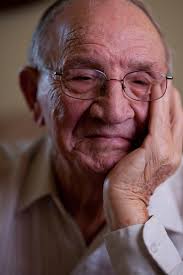 Harassment Prevention Orders and Your Attorney-in-Fact

Following the 2015 Massachusetts Appeals Court decision in Petriello v. Indresano it is established law that your attorney-in-fact may seek a harassment prevention order under M.G.L. c. 258E. This result can prove to be a double edged sword in the context of elder abuse. This ruling in one sense champion’s elders rights as a legitimate tool for their selected attorney-in-fact to prevent legitimate harassment and/or abuse, but placed in the wrong hands can be utilized as a tool to exploit elders and isolate them from those who have their best interests at heart.

You may be familiar with a 209A order also known as an Abuse Prevention Order (Restraining Order) here in Massachusetts, but not Harassment Prevention Orders as they are fairly new. There are some key differences between the two, one being that a Harassment Prevention Order does not require a pre-existing relationship between the parties such as being a spouse. Moreover, Harassment Orders can be pursued under a broad set of circumstances where cruel, hostile, or vengeful acts are aimed at an individual, with the purpose of causing fear or intimidation. These actions must occur on at least three separate occasions.

While the Court upheld the right of an attorney-in-fact to file a harassment prevention order, the Harassment Order itself was overturned in Petriello. The Court held that the record did not support a finding of three specific acts of harassment by the defendants. The Court only identified one act that was malicious in the record regarding false rumors, and it could not be attributed to anyone specifically. Ultimately, the Harassment order was not upheld. However, drawing from O’Brien v. Borowski the Court demonstrates that Petriello suffered from particularly weak facts and obtaining such an order does not require onerous fact finding.

“In the context of a civil order, the test is a subjective one; if all of the other elements are present, it is sufficient to show that the harassment actually caused fear, intimidation, or abuse to the plaintiff, even if a reasonable person in the plaintiff’s situation would not have been so affected.”

The O’Brien decision continues that, “it is the entire course of harassment, rather than each individual act, that must cause fear or intimidation.” Broad latitude is granted under c. 258E for a Judge to substantiate an order on. This is why I referred to such orders as a “double edged sword.”

Reports of elder abuse have climbed 37 percent in the last five years, and a driver behind these rising numbers is Massachusetts’ opioid crisis.  Adult children suffering from opioid addiction may find Social Security and pension checks all too alluring, making their elderly parents easy targets for financial abuse. The New England Journal of Medicine estimates 10 percent of elders suffer some form of abuse. Often, elders appoint their children as their attorney-in-fact, whom under normal circumstances would have nothing but the best intentions. However, in the throes of addiction desperate action can seem like the only choice.

After demonstrating the low threshold for Harassment Prevention Orders, it’s easy to see how escalating family disagreements can be construed to substantiate an order. In Petriello, the order was struck down by the Appeals Court; however it’s important to remember the order stood during litigation, a considerable amount of time. Moreover, the abused elder themselves may feel compelled to assist in substantiating false claims. If the elder relies on their attorney-in-fact for travel or assistance so they can remain in their home, they may be fearful not corroborating allegations could result in being placed in a nursing home.  Executing a Durable Power of Attorney is a serious matter, and deserves proper attention. If you have questions about executing a Durable Power of Attorney or Harassment Prevention Orders call (617) 876-1111 to speak with the attorneys at Frank V. Grimaldi, P.C.