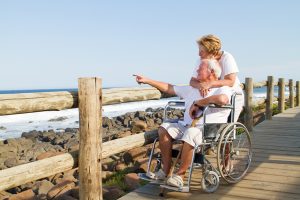 Testamentary Capacity: Is Your Loved One of Sound Mind and Able to Write a Valid Will?

Recently, a longstanding client contacted our office to discuss estate planning options available to her mother who was rapidly declining, both physically and mentally. Mother, she noted, was showing signs of confusion and increasing memory loss. Mother, who knew she was suffering from a mental decline, wanted to write her will but she was concerned that it would not be considered valid. This was upsetting to her because she wanted to choose how her personal property and real estate would be disposed of upon her death.

Generally, the legal standard for testamentary capacity (i.e. whether a person can write a valid will) is that the testator (person writing the will), must be free from delusion and understand the purpose of the will, the nature of their property and the persons to whom it would typically be left. Santry v. France, 327 Mass. 174, 175-176 (1951). It is also important to note, the person may possess testamentary capacity on some occasions but lack it at all other times. Id.

Practically speaking, what does this mean? Well, for example, a woman was found to have testamentary capacity and her will upheld because while her medical records revealed a period of confusion and delirium in the weeks prior to signing the will, there was nothing in the medical record to suggest confusion or delusions on the day she signed the will. O’Rouke v. Hunter, 446 Mass. 814, 823 (2006). Here, part of the case hinged on the fact that at the time she signed her will, the medical records showed she was of sound mind.

The case Estate of Fred S. Rosen, Mass.App.Ct. No 13P221, (2014) deals with a similar issue. During a will contest, the 74 year old testator was found to be of sound mind. Here the medical records showed some instances of confusion, but the Judge determined that the testator “did not have delusion caused by delirium” at the time of signing. In addition, the Judge relied heavily on the facts and circumstances during that time period. For example, the Judge looked at conversations the testator had with doctors, friends, and his attorney. During these conversations the testator was found to be bright, conversant, able to make eye contact, able to remember numbers and names and able to understand and process information. Id. Generally speaking, in order to be found mentally sound, the court will look to contemporaneous medical records and the facts and circumstances before, during and after signing the will.

So what does this mean for Mother? Although, we cannot say with certainty without an in- person meeting and understanding her medical diagnoses, Mother likely only has a small window left to write a will that can withstand a will contest.